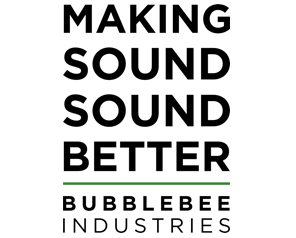 Rules for:
THE AMPS AWARD FOR EXCELLENCE IN SOUND FOR A TELEVISION DRAMA

Any single Television* Drama or single episode** from a Drama Series released and broadcast in the UK between 1st January and 31st December in a given year will be eligible for the year’s AMPS Television Drama Awards.

*Television is hereafter abbreviated to TV.

** Single Episode must be specifically identified. This to be made clear in all awards correspondence.

The Award shall be in the form of up to five identical trophies for the same single TV Drama, with appropriate inscriptions on the base.

a) Throughout a given year, all fully paid AMPS Members are entitled and encouraged to submit multiple titles for entry into the eligible list. These may include titles they have worked on as well as dramas they have viewed and consider worthy of submission for the TV Drama Sound Award.

b) The closing date for submissions will be as per the Awards Schedule Timetable.

c) Any submissions received after the closing date will not be eligible.

d) The Awards Group will compile and verify the Eligible List from the submitted titles. This list will be passed to the Adjudication Panel in accordance with the Scheduled Timetable.

a) One Head of Department from each discipline.

b) The Production Sound Mixer may nominate a Key 1st Assistant Sound, who will also receive an Award.

On-screen credits are used to determine eligibility. In the event of a dispute about eligibility, The Adjudication Panel may consult the TV Drama’s Producer or Director or other source for clarification.

a) AMPS Council will annually agree a Secret Electronic Ballot System for all Awards voting.

b) AMPS Council will annually agree an Awards Schedule Timetable to fit in with other Awards ceremonies and AMPS events.

c) AMPS Council will annually appoint the AMPS TV Awards Group to organise the awards for the given year.

The TV Awards Group, in conjunction with the Adjudication Panel, will be responsible for:

i. As soon as Nominations ballot is closed – verification of the persons eligible*** for each the Nominated titles in strictest confidence

ii. As soon as the Final Ballot is closed – verification of the crew members eligible for Certificates of Merit.

iii. Release of the results and announcements in accordance with the agreed Awards Schedule Timetable.

***Any Group Member who contributed to, or is associated in any way with the Nominated Drama will resign from the Group and have no further involvement in the given year.

On-screen credits are used to determine eligibility. In the event of a dispute about eligibility, the Adjudication Panel may consult the Film’s Producer or Director or other source, in confidence, for clarification.

In the event the Supervising Dialogue/ADR Editor is not identified in the credits, the advice of the Lead Re-recording Mixer may be sought.

The Supervising Sound Editor or Sound Designer, shall be deemed the key person responsible for supervising the preparation of the Sound Fx.

The Lead Re-recording Mixer shall be deemed the person responsible for the dialogue in the final mix.

The Key 1st Assistant Sound may be found to be credited as Boom Operator.

a) AMPS Council will annually co-opt an Adjudication Panel consisting of no fewer than three AMPS Full members, on the conditions that:

i. They are not eligible for an AMPS TV Sound Award in the current year.

ii. They have made no artistic or creative contribution to the soundtracks of any of the eligible TV Dramas in the current year.

iii. They are not associated in any way with any individual or company that has made an artistic or creative contribution to any of the TV Dramas on the eligible list for the current year.

b) This panel will conduct the ballots and associated business in strict confidence using the chosen Electronic Ballot System. In accordance with the Awards rules and Scheduled Timetable.

a) The Adjudication Panel will conduct a ballot among the AMPS Voting****Membership to determine the Nominated titles from the Eligible List.

**** Members entitled to vote according to the general Constitution Rules at that time.

b) The five TV Drama titles that achieve the most votes under the ballot rules will be declared Nominated.

c) The Nominated TV Dramas will be announced in accordance with the Awards Schedule Timetable.

d) The Nominees will each receive a Nomination Certificate.

a) On the date specified in the Awards Schedule Timetable, a secret electronic ballot will open among all AMPS Voting Members to choose the winner fromthe five Nominated TV Dramas.

b) Voting members will have one vote each. The Dramas with the most votes will be declared the winner. The ballot shall close on the date predetermined in the Awards Timetable.

c) In the event of a tie, the Drama that received the most votes in Nomination Ballot will be declared the winner.

d) The winning Title will be announced on the date specified in the Awards Schedule Timetable.

Certificate of Merit in recognition of your contribution to the AMPS TV Drama Award 20?? winning soundtrack – title’….

The nominees and winners will be presented with their Certificates and Awards at an AMPS event to be determined.

a) Awards rule may be changed annually by agreement of the AMPS Awards Group and Council.

b) The AMPS Fellow Members may be consulted for advice in the event of any disputes.

c) In exceptional circumstances, where more than one candidate for a particular category can be established and verified as having equal creative input, additional crew members may be honoured.