Members who have retired completely from gainful employment in the Full, Associate, Supplementary or Affiliate categories and who have indicated that they wish their details to be made available. Please contact the Membership Secretary if you have any queries about Retired Members.

Andrew Boulton has a distinguished career record as a Production Sound Mixer, starting with the BBC Film Unit in Ealing in 1965 and later working freelance on major Feature Film and Television productions. He has a passion for cinema, demonstrated by his decision to buy, refurbish, and successfully operate a vintage cinema, the Palace Theatre in Long Eaton and then, in 1986, taking on the responsibility for introducing several of the very modern multiplex Showcase Cinemas to the UK. In 1989, he became a media consultant to the PA Consulting Group, a leading international management and IT consulting and technology firm.

Andrew has been a Member of the Association since 1998 and has served many years on Council, bringing a calm authority to the position of Chairman which he held for three years from 2004 to 2006. His industry knowledge and his expertise in training have been invaluable to the Association.

For such services he is awarded Fellowship of the Association. 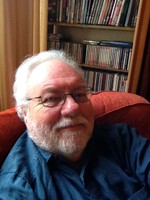 In 1960, I joined the Technical Operations department of B.B.C. Television, remaining with them for
eight years, receiving extensive training in all aspects of Television Broadcast Operations. I specialised in Sound Engineering, which encompassed Microphone Boom Operation, T.V. Studio floor practice and Grams/Tape Operation. Responsibility for sound balance on LIVE transmissions of “Dr. Who”, “Grandstand” and “Blue Peter” was also undertaken.
In October 1968, an opportunity arose to work in the Cinema Feature Film industry, and pursued a career as a Freelance Technician in the Sound Department in various grades. The more notable ones are “Fiddler on the Roof” (American Academy ‘Oscar’ Award for Sound), “Alien” (the first one!), and two James Bond 007 films.
In later years, my initial background in Television proved useful with the move to electronic picture capture. I was able to offer a broad range of experience in Sound Recording for both Film and Video formats.
I also participated in seminars and training courses related to Stereo sound, run by The National Film & Television School and The Association of Motion Picture Sound, of which I have been a member since induction and served on the Council as Membership Secretary for 15 years.

Patrick Heigham, Production Mixer, well experienced in feature film sound techniques but better known for his work in documentary and current affairs production, joined AMPS at inception in 1989. In 1998 he was elected to the Association Council and in that year took up the position of Membership Secretary.

His tireless efforts during the past six years have included organising the membership records onto computer, handling the administration of members’ applications & subscription renewals and creating membership cards and certificates.

His ideas and discussion at regularly attended monthly Council meetings have greatly benefited the organisation and running of the Association. 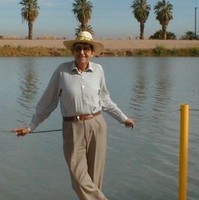 John Iles began working in the audio industry in 1964, joining a small studio in Mayfair as a technical engineer where he built one of the earliest portable transistorised consoles.
In 1976 he joined Dolby Laboratories and was soon involved with the Dolby film programme where he helped usher in the early use of Dolby stereo sound in films produced in England, and later in Europe. After working on secondment from Dolby as a Re-recording Mixer at Delta Sound, Shepperton, John was offered the job of Head of Sound. After two years of what he described as “The best and worst of times”, he rejoined Dolby and continued to build a team of sound consultants overseeing Dolby Approved Studios worldwide, being personally involved with most of the major films produced in Dolby formats in the 70’s and 80’s in Europe.
John's courteous and friendly manner always made him welcome when assisting in the post-production and exhibition of countless soundtracks over many years and he is held in high regard within the industry. He retired in 2008 after a long and distinguished career and it is for his achievements in progressing Sound for Motion Pictures that AMPS now awards him the honour of Fellowship of the Association.

Eddy Joseph has contributed enormously to the reputation of moving image audio over the last forty years. In an incredible career, Eddy has worked on some of the most respected films completed in the UK and the USA. He enjoyed a long-term collaboration with Alan Parker as Supervising Sound Editor on most of Alan’s films for twenty five years, and has applied his creative professional skills to a host of other powerful soundtracks for a number of prestigious directors.

His expertise has been recognised by multiple nominations for Sound Editing and two BAFTA awards for Best Sound.

Eddy is a long term member and supporter of AMPS, being involved from inception; serving on Council in the early years, and was Treasurer from 1993 to 1996.

For his dedicated and enthusiastic contributions to excellence in the completion of film soundtracks, Eddy is awarded a Fellowship of The Association of Motion Picture Sound. 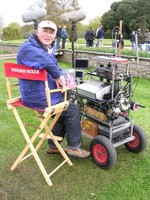 Nominated 2014, Second Annual AMPS Awards (2015) For Excellence In Sound For A Television Drama for Cilla.

Based in the south-east of England, but working worldwide, I have many years of experience across a wide range of productions including Feature Films, TV Drama, Light Entertainment, commercials, documentaries, music promos, factual, educational, corporate ~ and radio.

Filming work has covered everything from birth to post-mortem (but not conception), from comical situations to personal tragedy, from tightly scripted to observational, and covert recording.

I am a former vice-Chair of the Association and was awarded a Fellowship in 2009. Also a member of BECTU and the Institute of Professional Sound (IPS). 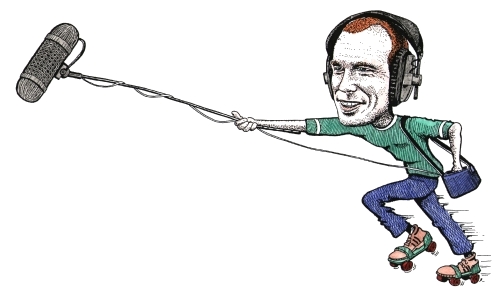 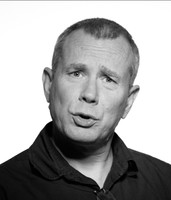 Ivan has enjoyed a career in Sound spanning some 50 years. In the early years at Alan King Associates, he honed his skills under the difficult conditions of documentary sound recording. In the eighties, Ivan became one of the UK’s most internationally sought after Production Sound Mixers. Surviving Stanley Kubrick on ‘The Shining’, he went on to win the Oscar for ‘The Last Emperor’ and a BAFTA for ‘The French Lieutenant’s Woman’.
His subsequent credits include such notable films as ‘Greystoke: The Legend of Tarzan, Lord of the Apes’, ‘The English Patient’, ‘The Talented Mr Ripley’, ‘U-571’, ‘Gangs of New York’, ‘Cold Mountain’, ‘The Da Vinci Code’, ‘Blood Diamond’, ‘Pirates of the Caribbean’ and a host of others. Among those titles he garnered three more Oscar Nominations, two CAS Nominations and five BAFTA Nominations.

Ivan has served on Council; he has been a consistently strong supporter of AMPS and a respected contributor since he joined at the beginning.

In recognition of his lifetime achievements in the Craft of Sound, and his service to AMPS, Ivan is awarded Fellowship of The Association.

A Founder Member of AMPS when it was formed in 1986, his credits as a Feature and TV Production Mixer range from WOMEN IN LOVE back in 1969, through BRAVEHEART in 1995 and more recently, THE MERCHANT OF VENICE.

Brian has served on the Council for a good many years and is currently our Vice Chairman. He has a calm and effective way of dealing with problems with considered judgement, and has always taken a very active role in helping to run the Association; in particular organising meetings and the AGM’s, and has offered a tenacious input to the successful setting-up and completion of our charity project for Ovingdean Hall School.

For his services to the British motion picture sound industry over the past many years and his enthusiasm for ensuring the continued progress of the Association, he is hereby awarded Fellowship of the Association of Motion Picture Sound.

Nominated 2014, Second Annual AMPS Awards (2015) For Excellence In Sound For A Feature Film for Exodus: Gods and Kings.

I have worked in many countries on most Film and TV genres, shooting scenarios and formats, from Film and Hi Definition to semi pro video capture.

Passionate about drama, I bring intuition and empathy to capturing artists' performances.

Efficient with shooting time, cost effective for post production and keen to rise to new challenges.

My equipment is state of the art complemented by a young and talented team - Taylor made. 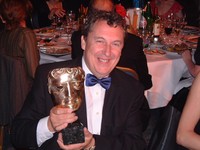 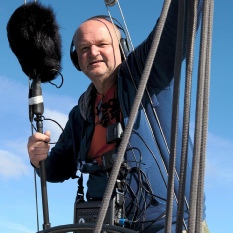